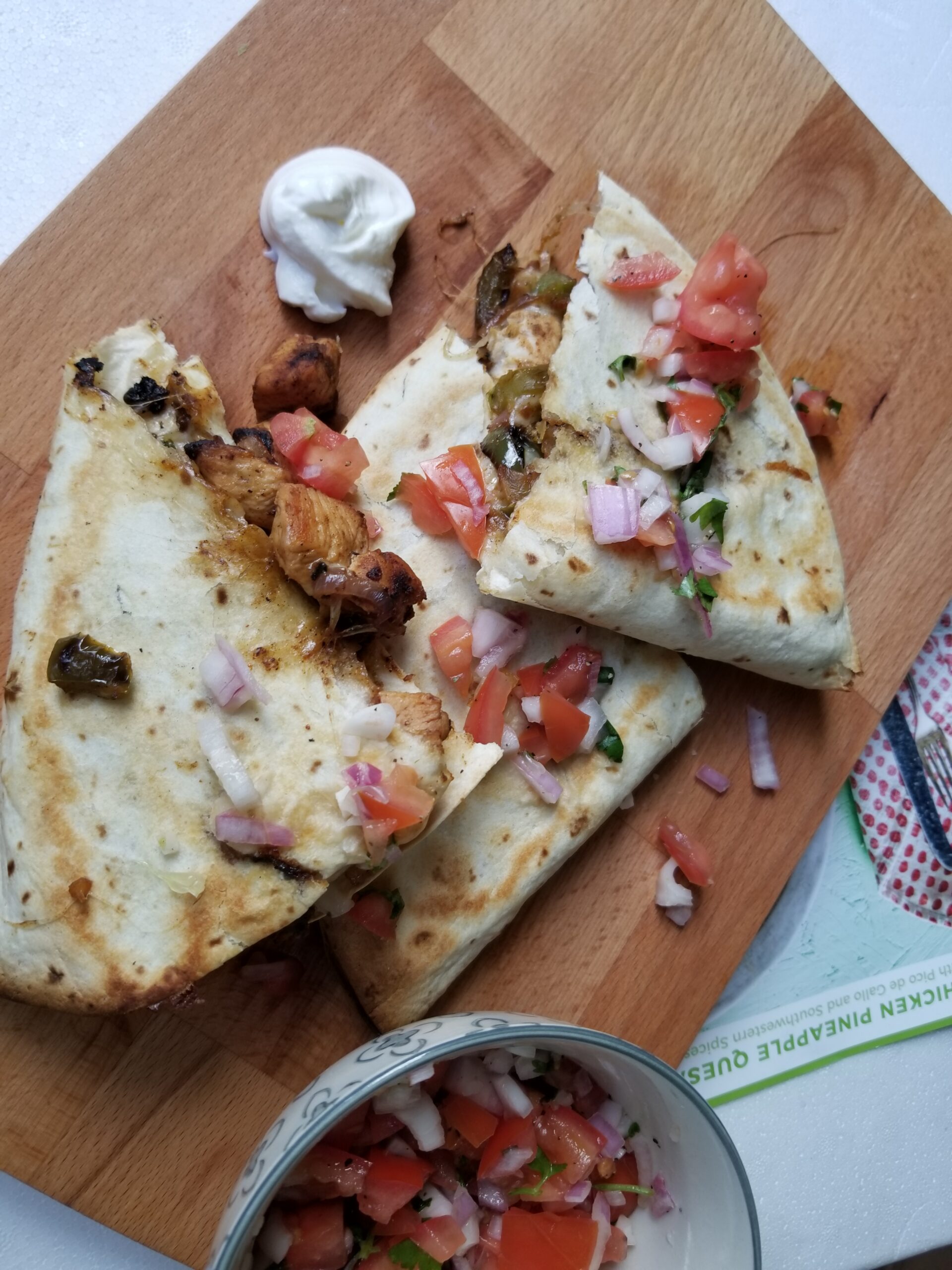 HelloFresh offers an ever-changing menu, with new craveable dishes to chose from each week. It’s fun, easy to make and their delicious recipes will change the way you feel about cooking. From novice to experienced cook, regain your confidence in the kitchen or sharpen your culinary skills. This quick and easy Chicken Pineapple Quesadilla recipe is perfect for any night of the week!

When I think of quesadillas my mind instantly goes to “meat and cheese.” This recipe added a whole nother layer of flavors though. The incorporation of the pineapple adds a bit of sweetness that turning your average quesadilla into a sweet & savory winner. Check out the recipe and video below! 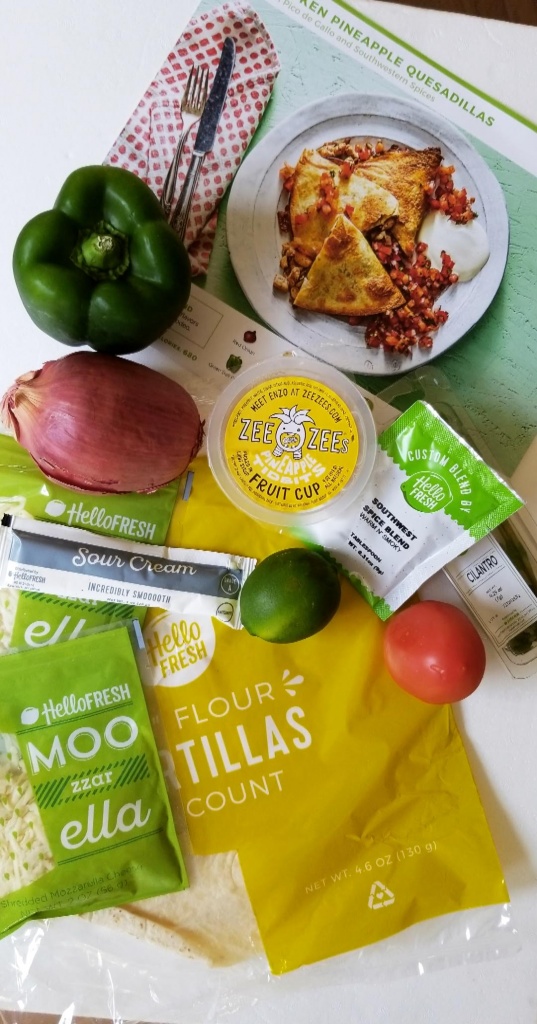 Wash and dry all produce. Preheat broiler to high or oven to 500 degrees. Halve, peel, and thinly slice the red onion. Mince a few onion slices (you’ll want about 2 Tablespoons) for the pico de gallo. Set aside in a small bowl. Core, seed, and thinly slice the bell pepper. Drain the pineapple. Cut 1 chicken breast into ½-inch cubes. (Keep the other for a later use.)

Cook the peppers and onions

Heat a drizzle of olive oil in a large pan over medium-high heat. Add the sliced red onions and bell peppers. Cook, tossing occasionally, for 4-5 minutes, until softened. Season with salt and pepper.

Meanwhile, finely chop the tomatoes. Chop the cilantro. Halve the lime. Add the tomatoes and half the cilantro to the bowl with the minced red onions. Stir in a squeeze of lime, and season with salt and pepper.

Using 2 tortillas (we sent more), rub one side of each with a small drizzle of olive oil. Place oil-side down on a baking sheet. Spread half the cheese evenly onto each tortilla. Top with the chicken mixture and remaining cheese. Fold the tortillas over. Place under the broiler for 1-2 minutes, until golden brown. Flip and broil 1-2 minutes on the other side. TIP: Watch carefully so they don’t burn!

Cut the chicken and pineapple quesadillas into wedges, and serve with the pico de gallo and sour cream.

Watch the video below! 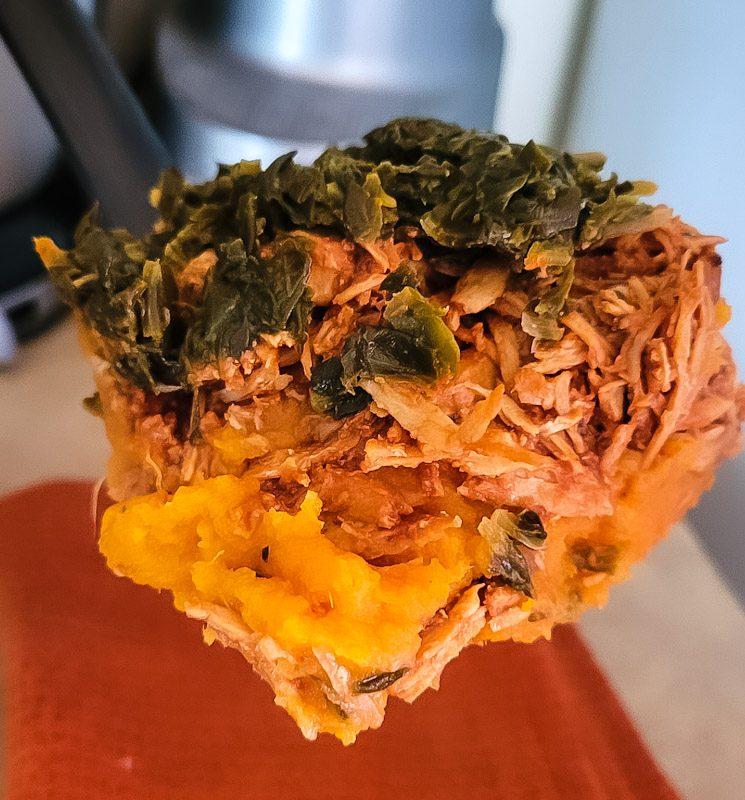 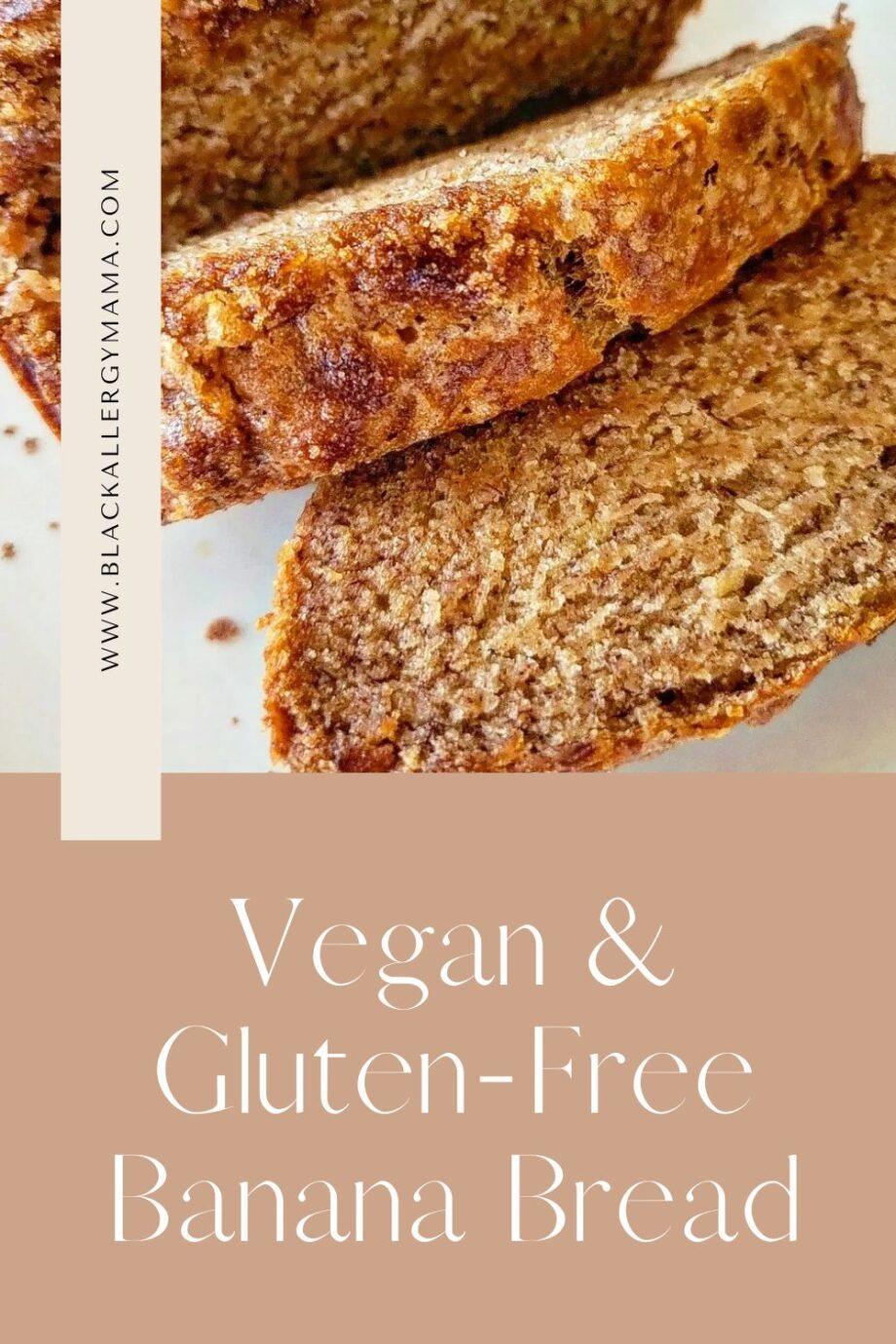 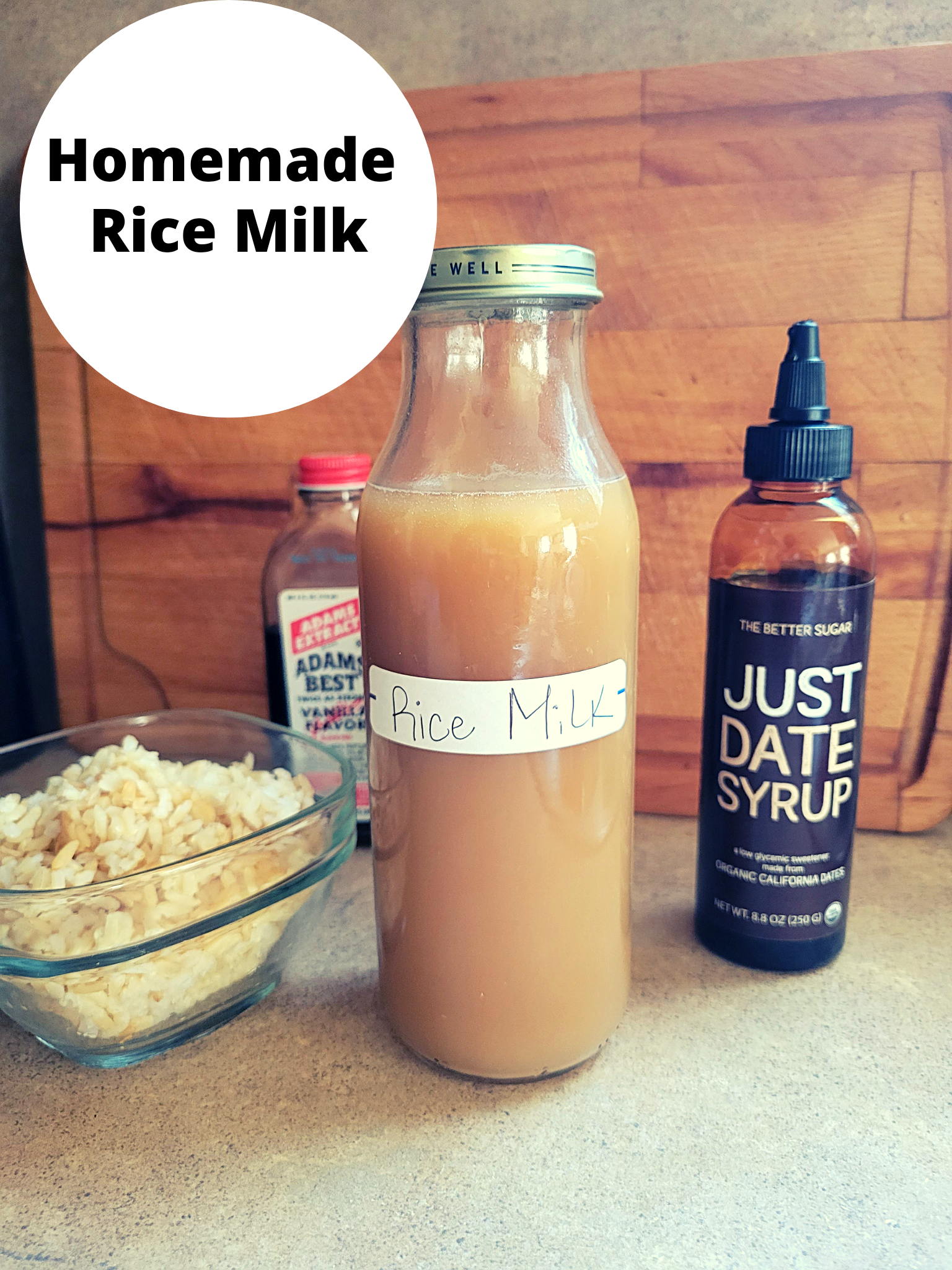