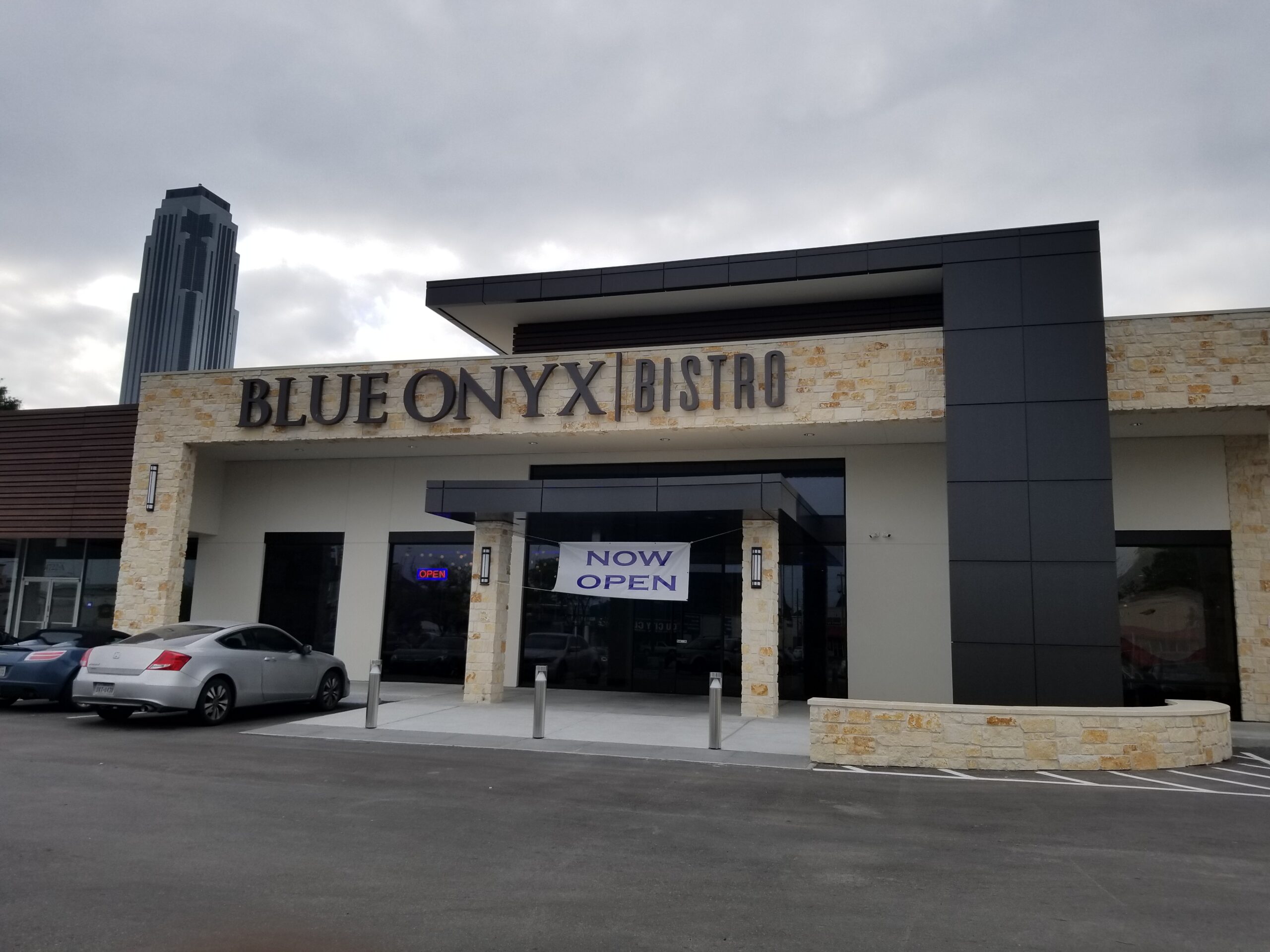 A new upscale steak, seafood and sushi restaurant has staked it’s claim in the Highland Village/River Oaks area! Under the tutelage of Owner and Executive Chef David Chang, Blue Onyx Bistro officially opened earlier this month. I stopped in to have a look around, and was quite pleased with my dinner experience. Read on for my full review!

Taiwan native Chef David Chang has always been fascinated with flavors and cooking. Driven by his love of food and his curiosity about other cuisines, he migrated to the US in his mid 20’s.  His first job was cooking at a Chinese restaurant in New York City. A few years later he moved to North Carolina to work at a French Bistro, followed by a stage at a Modern Chinese restaurant in Memphis. In the late 1990’s, he opened two modern Chinese restaurants, in St. Petersburg and Tampa, Florida. In 2003, he moved to north-west Houston and opened Redfish Seafood Grill. Chang’s passion is cooking and creating new dishes. He uses nothing but the freshest ingredients and authentic cooking techniques. Chef Chang has 30+ years of culinary experience under his belt, and is also known for his unique & creative plating.

“Presentation is as important as taste,” Chang likes to say, “because we feast with our eyes first.”

The menu at Blue Onyx Bistro is a 4 page masterpiece. Diners can find a multitude of options form classic french to traditional Chinese and Japanese dishes. Though I skipped on the raw sushi rolls and nigiri, my dinner dates and I did indulge in some of Chef Chang’s special dishes. My husband is a lover of french delicacies like foie gras and escargot. He rarely passes up the opportunity to order them when available. We started with the Escargots de Bourgogne, Seaweed Salad, Crab Puffs and Ahi Tuna Tower.

The Escargots de Bourgogne was outstanding. After my husband ate all the snails, I soaked up the pockets of herb butter with the remaining slices of toasted french baguette. The Crab Puffs were stuffed with juicy crab meat and a gracious amount of melted cream cheese. I bit into one and it squirted cheese across the table — fun times! I ordered the seaweed salad and extra avocado, simply because I am greedy. I’d give it 3 stars. In my opinion the best seaweed salad is at Uchi Houston.

Entrees at Blue Onyx Bistro are hearty! Prepare yourself for beautiful plates and lots of food. My goal was to try a house special, something that Chef Chang is know for “putting his foot in”. Given that his Tomball, Tx restaurant Redfish Seafood Grill is so popular, I decided to go with the Chipotle Redfish. The fish was seasoned beautifully with notes of espresso and cumin in the coating. It melted in my mouth like butta! My husband ordered the Filet Mignon and raved about being able to cut it with his fork. LOL.

Because I don’t care for chocolate, the current dessert menu didn’t wow me. They were also out of the Tres Leche Cake! We closed our meal with the Pomegranate Parfait Cheesecake. Though the layers of white chocolate and pomegranate cheesecake were tasty, it didn’t scratch my dessert itch. Given the massive savory options on the menu, I can confidently confirm that the sweets menu will expand to offer more options down the line. The current menu was an insert, and contained five items. White Chocolate Bread Pudding, Dark Chocolate Pot de Creme and Chocolate Eruption Cake. All of which I am sure are divine. 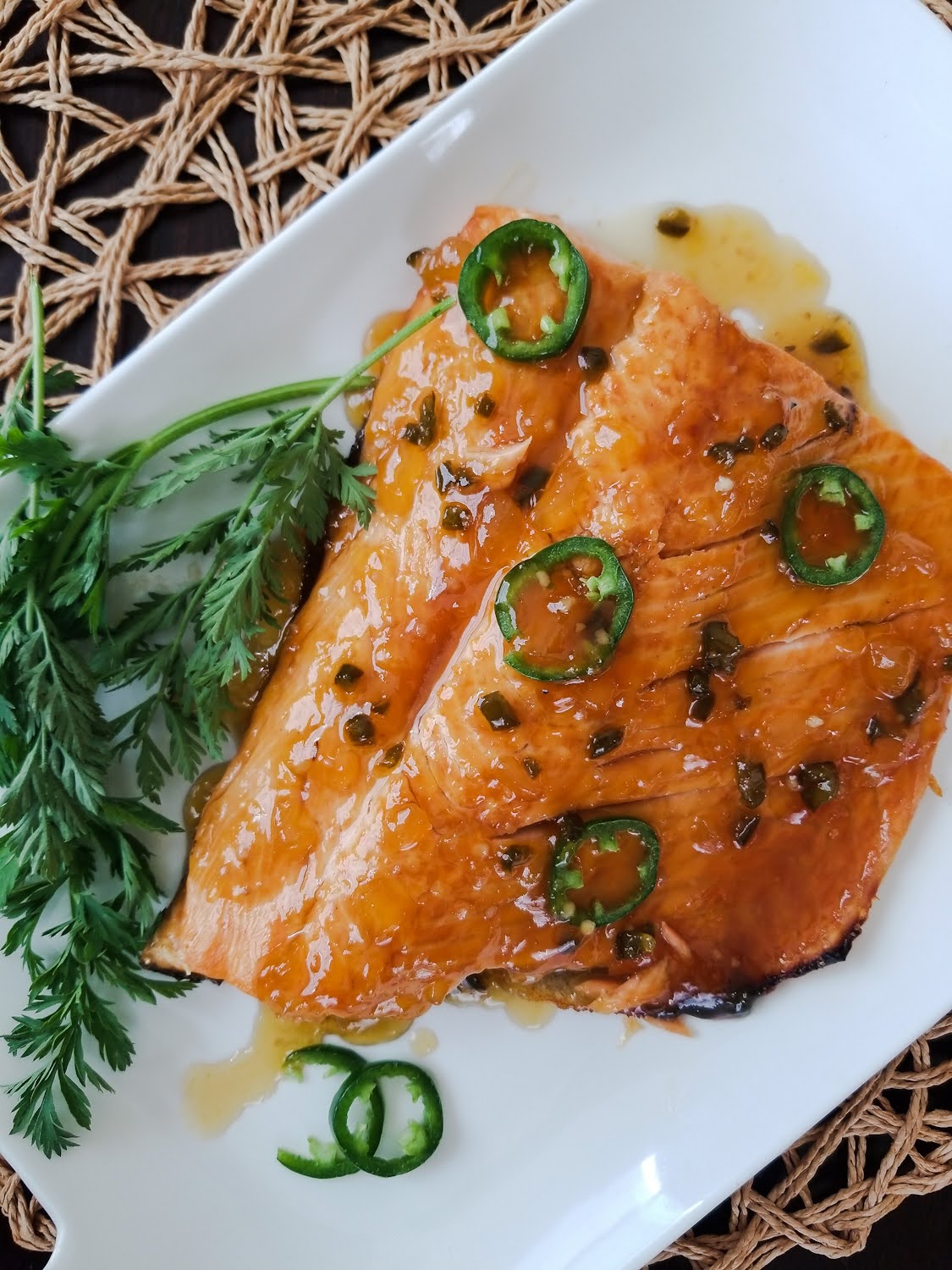 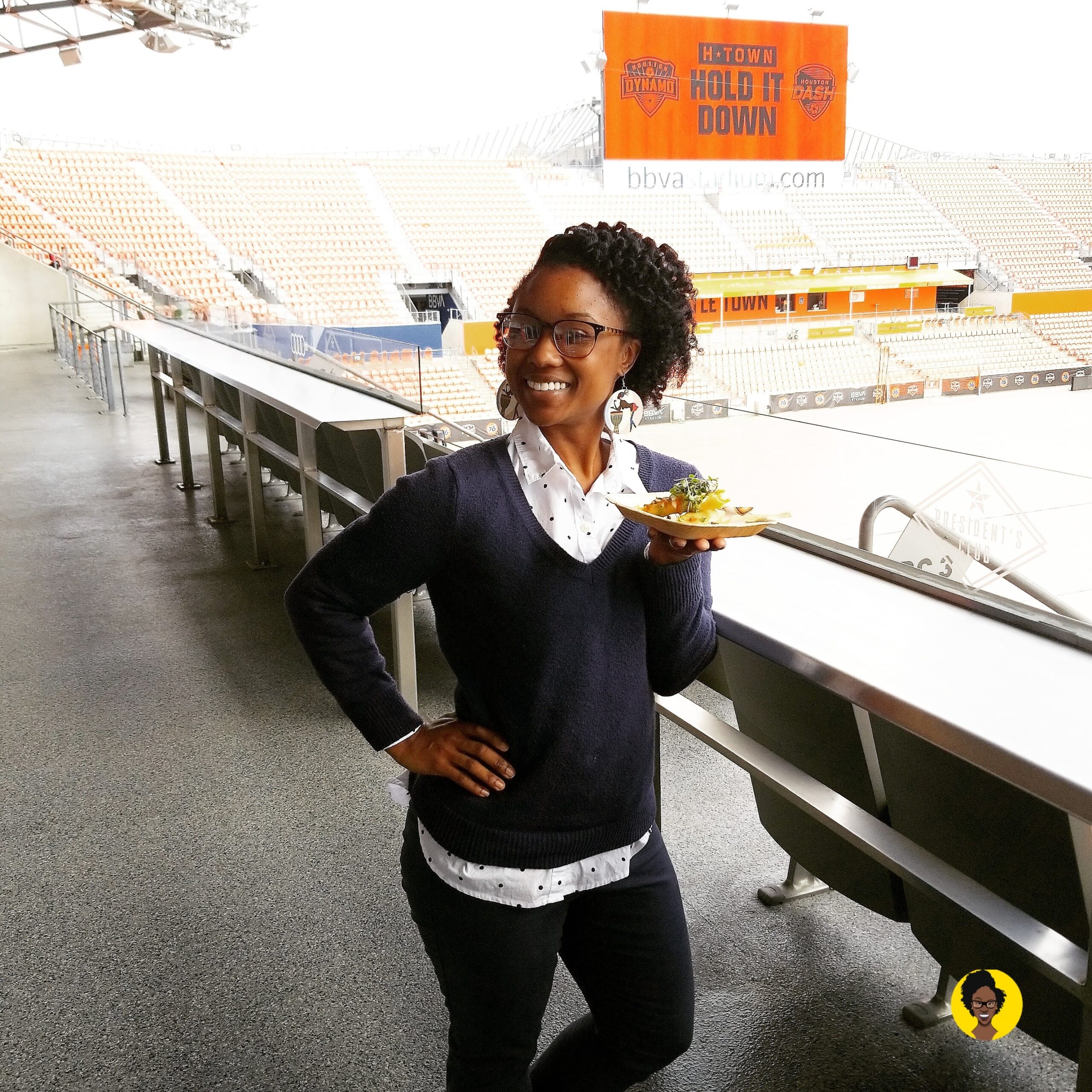