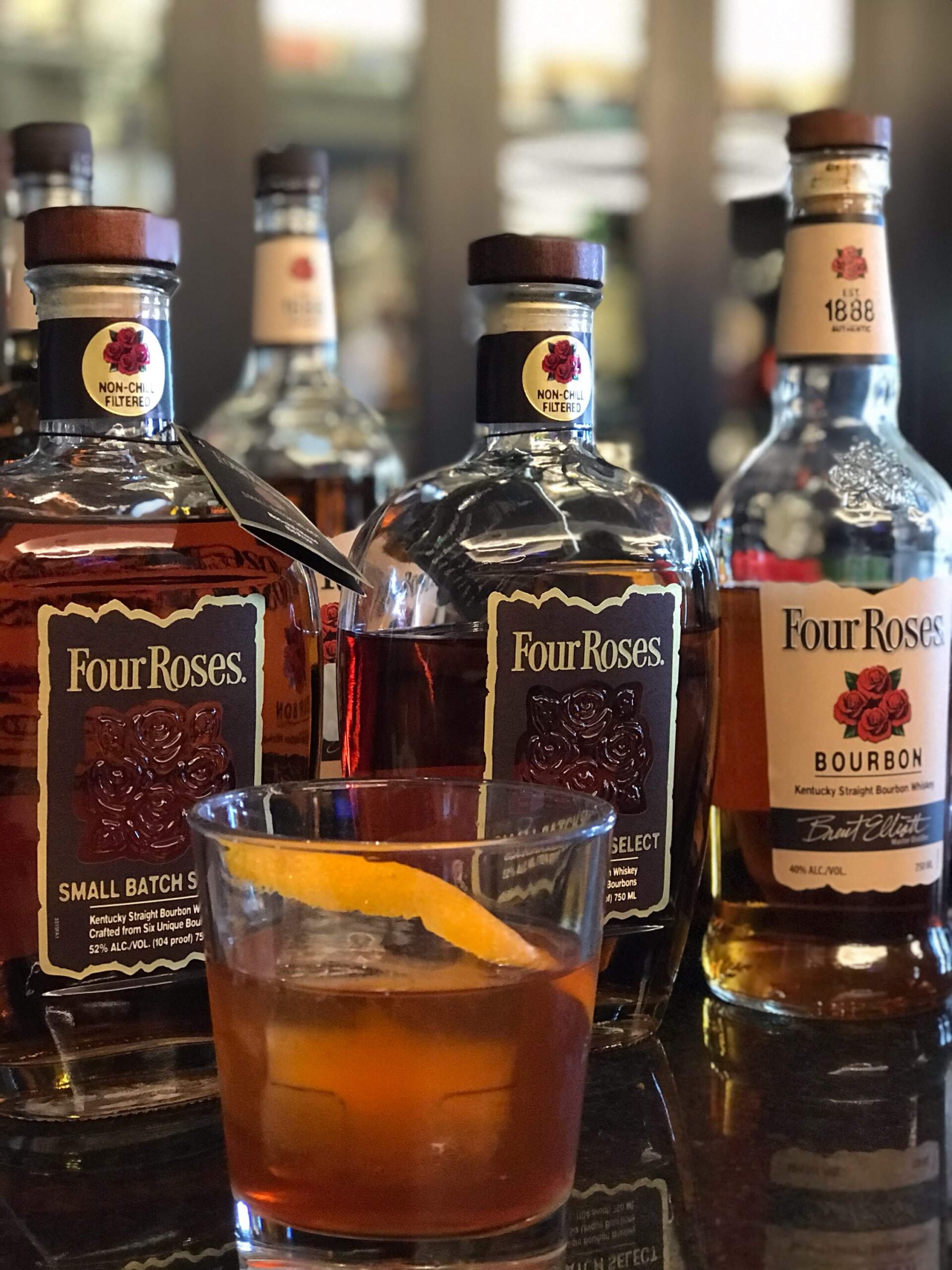 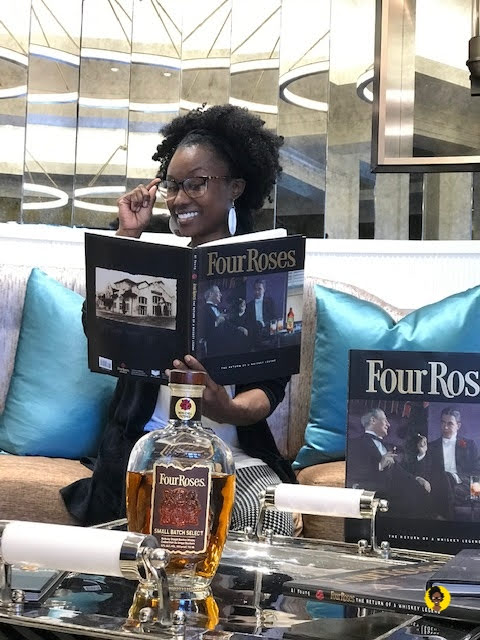 Let’s start this post off with a bit of shrill honesty. I don’t know anything about Bourbon Whiskey or Scotch whisky, besides the glaring omission of the letter “E” in the spelling. That’s what makes special events like this week’s private debut of Four Roses Small Batch Select even more fascinating. The intimate “lunch and learn” hosted by Master Distiller, Brent Elliott offered invaluable information about the Four Roses brand as well as their newest family member.

During lunch Master Distiller Elliott doted upon the bourbon whiskey’s inclusion of six Four Roses’ recipes and its truly unique flavor characteristics. “It’s all new, but at the same time, it’s an extension of what we do, and what we do well,” said Elliot.

But before we dive into the delicious details of Four Roses Small Batch Select, let’s clear up the confusion behind Scotch whisky and Bourbon whiskey.

Scotch Whisky vs. Whiskey vs. Bourbon | Knowledge is Power

Established in 1888, Four Roses is the only Bourbon distillery that combines two mashbills (grain selection) with five proprietary yeast strains to distill and age 10 distinct Bourbon recipes, each with its own unique flavor profile. With distilling and warehousing operations in Lawrenceburg and Cox’s Creek, Kentucky, respectively, Four Roses is dedicated to producing award-winning Bourbons with smooth and mellow tastes and finishes. Four Roses is available in all 50 states.

Notes of Flavor and Aesthetic

Four Roses Small Batch Select smells so good! The aromatic scents of raspberries, clove and nutmeg offer the promise of a quite enjoyably experience. An experience that in my opinion is best appreciated “neat”. Its creamy mouthfeel and vibrant notes of caramel and vanilla danced on my tongue. Tasting it side-by-side with the other members of the well-established Four Roses collection will offer a more extensive review of this premium spirit.

As previously mentioned Small Batch Select is 104 proof, 52% ABV and non-chill filtered. What does non-chill filtered mean? Chill filtering is a step most distillers take to remove chemical compounds (esters, proteins and acids) produced during fermentation and maturation. The spirit is cooled to roughly 0 C, which causes the compounds to precipitate out of the solution. This makes it possible to trap them in a fine filter. This is purely cosmetic. It doesn’t affect the actual taste of the spirit.

Four Roses Small Batch Select is currently only available in the following select markets: Houston, Austin, Atlanta (Metro), New York, Los Angeles and San Francisco. It’s a super exclusive find, but is available at the Specs on Smith Street. It retails for $59.99. Compared to regular Small Batch it’s worth every penny.

If you haven’t decided what to get dad for Father’s Day (Sunday, June 16) might I suggest a bottle of handcrafted artistry!

If you’re a Four Roses fan you’ll appreciate the extra proof and non -chill filtering offered by Small Batch Select. I will surely be adding this to my bar-side rotation. If you’re relatively new to bourbon, and are looking to expand into a bit higher proof and richer profile – without breaking the bank, it’s a more than solid choice.

Let me know what you think of Four Roses Small Batch Select in the comments.